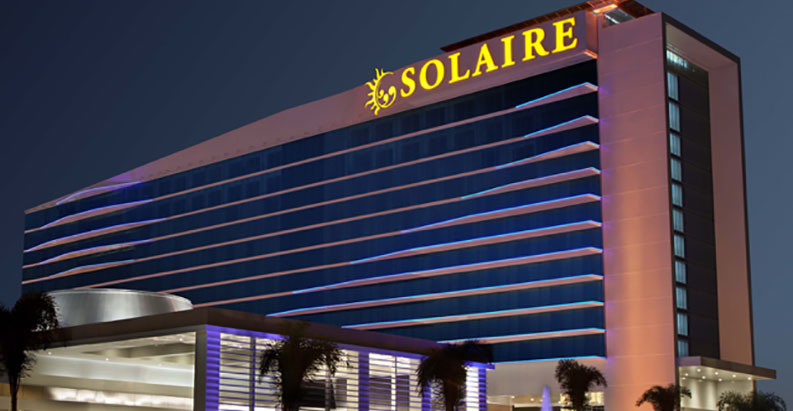 While the majority of the attention in Asia has been focused on Macau, The Philippines has risen to become one of the top markets in the region, although it has experienced some growing pains. The Innovation Group has been involved with this market for the past ve years, both projecting the new paradigm in the market and working with current operators. Entertainment City is currently experiencing its nexus as a driver of inbound tourism, strong gaming revenues, and increased taxes to the government, while also experiencing some operations struggles that can be addressed in the short term. The following article presents the current market offerings, a look back at The Innovation Group’s previous work, the current shift in the market dynamics, and the market’s future.

The Philippine Amusement and Gaming Corporation (“PAGCOR”) regulates all casinos based in the Philippines, in- cluding several licensed private casino operators in special economic zones. The chart below shows the three resorts that are currently operating in Entertainment City.

Tiger Resorts, one of two Entertainment City integrated resorts, announced that it will delay its opening to the end of 2016. It is expected to include 3,000 slot machines, 500 tables, a 2,000 room hotel, an oceanarium, The Manila Eye Ferris Wheel, an arena, a theater, and a museum.

Alliance Global Group, a partner in Resorts World Manila, is also developing an Entertainment City IR, Resorts World Bayshore. The development is expected to open in 2019. Upon completion, it will offer over 1,500 rooms, 1,323 slots, 221 tables, retail space, and a theater.

Actual gaming revenues for the market between 2012 and 2014 rose from $2.0B to $2.5B (18.5%), tracking very closely to the projections made by The Innovation Group. PAGCOR Chairman and CEO Cristino Naguiat Jr. noted that gam- ing revenues for the rst half of 2015 reported at $1.4B,estimating that 2015’s full year gaming revenue will exceed $3.0B, increasing nearly 20% year-over-year.

The Innovation Group’s forecast accuracy falls well within an acceptable range of variance. This shows our belief in the market and its ability to drive gaming demand from within the domestic area as well as from feeder markets within Asia.

Current Market Dynamics – Paying for Business
While gaming revenue growth has continued, it has come at the expense of the operators’ bottom line. Revenue can be purchased through comps, junket commissions, and other marketing efforts designed to attract high-value gamers. This has been evidenced in recent revenue and pro tability announcements from Melco Crown, Bloomberry Resorts, and Travellers International Group.

Although revenues of the three noted properties have increased by 23% in the second quarter of 2015, they have posted a combined loss of $43.1 million, as noted in the table below.

This is not a new trend, as other markets such as Macau experienced similar situations. In response, operators in Ma- cau shifted their marketing strategy from attracting the few high-value targets and toward mass gamers. Despite the drastic revenue declines, many operators have seen pro tability increases as they have spent less money and time chasing VIPs. Time will tell if a similar strategy will work in the Philippines, as operators turn toward the local market to drive pro table revenue growth.

Current Market Dynamics – Cross Border Tourism
Tourist arrivals in the Philippines increased 8.2% to 2.23 million in the rst ve months of 2015, with most coming from South Korea, who accounted for 24.5% of the total. Since Koreans wouldn’t be able to gamble at Korea properties, Philippine operators could showcase the brand and offer Koreans non-gaming entertain- ment, aimed at inducing visits to Manila. The potential synergies of brand marketing, loyalty programs, and collaboration with tour operators can be extensively realized.

Bloomberry Resorts has acquired plots of land on both Muui Is- land and Silmi Island, within the Incheon Free Economic Zone. In March 2015, the company also obtained control of T.H.E. Hotel and Vegas Casino on Jeju Island. The casino is slated for reopen- ing later this year. Enrique Razon, Bloomberry’s Chairman, envi- sions the Korean project to be a multipurpose development that includes casino, hotel, residential, and other commercial units to be a comprehensive tourism community.

Future Outlook for the Market
The Philippine market is dynamic and will continue to evolve. Our view is that it will continue to strengthen from a revenue perspective. The bottom line growing pains that operators are experiencing will continue to evolve, and our estimate is that the companies will start to drive better returns through the second half of 2016. As operators continueto evolve their client base and expand into new markets, their nancial performance should continue to improve.